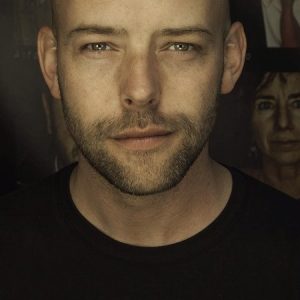 Simon Bosch is a Dutch photographer, who recently moved from Amsterdam to Bogotá. His specialty is shooting Interior and architecture, though he has experience in shooting fashion as well. In previous years Simon has been a freelance photographer for Elle.nl.

In his compositions he captures the world in a single shot. Without the use of PhotoShop or double exposures, he creates a world that does not exist to the eye that does not search for this fall of light.

The use of black and white in most of his photographs gives them tranquility, a place to rest your eyes who would otherwise be guided by the abundance of color that city scenes poses.

Some images are architecturally composed creating new and impossible spaces where skies combine with ceilings. While others show you the hectic life in the city and blend people with surroundings the are not part of.

Some of his worked will be exhibited for the first time in Bogota at Prototipo exhibition, which opened on Thursday, October 6 and which be run until Sunday October 9th.

[prototipo] [Prototype] invites you to the first edition of EL MURO [The Wall] that will take place between Thursday 6 to Sunday 9 October 2016.
EL MURO is an idea that comes from the need to create a commercial model which slightly differs from the exhibitions which currently occupy the cultural landscape of Bogotá.

Inspired by the “Salon des Refuses” in 1863, we propose an exhibition model that breaks down the monotony of exhibition stands.
The design is an aesthetic production that seeks to question selection processes, and prioritization of artists within the art world.

We opened on Thursday, October 6 at 6:00 pm. The fair will remain open until Sunday 9th between 11am and 8pm. We hope you will come and discover this new model.