BERLIN, March 27 Adidas has launched a new store blueprint for its Originals fashion brand with a Wi-Fi equipped lounge and mobile charging points, aiming to persuade younger shoppers to linger longer and spend more in its high-margin, own-run outlets.

The world’s No.2 sportswear maker behind Nike wants to lift sales from its own shops, which accounted for 24 percent of its 2013 revenue of 14.5 billion euros ($20 billion), because they are more profitable than those made through third parties.

The revamped Originals store in the heart of Berlin is part of a drive to encourage 16-24 year-olds to browse longer.

Shopping for this generation is very social

“Shopping for this generation is very social. They need to have a place to hang out. The longer the consumer stays in the store, the more likely they are to buy,” Ted Mager, Adidas global head of retail environments, told Reuters.

The shift from wholesale to retail helped boost the German firm’s gross margin by 1.5 percentage points to 49.3 percent in 2013 compared with 43.6 percent for Nike, which makes less than a fifth of sales from its own stores and online.

Adidas plans to open a net 250 stores in 2014, primarily in eastern Europe, even though its already high exposure to Russia – where it operates over 1,000 stores – has hurt its share price in recent weeks due to the Ukraine crisis.

It added a net 294 stores in 2013 to bring the total to 2,740, including about 250 stores under the Originals brand, but not counting some 7,500 Adidas franchises operated in China. 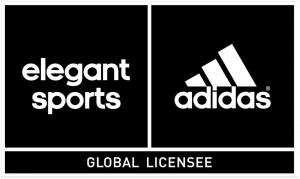 In addition to a Wi-Fi lounge near the fitting rooms and a “digital bar” for charging devices, the revamped store seeks to reflect the Berlin urban vibe by stripping back decor to raw concrete and brick and exposing lighting, while underwear is displayed in an eye-catching vending machine.

Previously a male-oriented brand, the store seeks to more clearly showcase women’s wear as well as collaborations with partners such as fashion chain Top Shop and colourful Brazilian brand The Farm, timed for the soccer World Cup starting in June.

Adidas plans to roll out the concept to Originals stores in over 30 cities, with London and Shanghai next for the makeover. It also has big ambitions for its new teen fashion brand NEO, which is being extended to Poland and the Czech Republic.

However, sports-inspired fashion is becoming increasingly competitive with big players such as Sweden’s Hennes & Mauritz , Japan’s Uniqlo and Gap all offering more sportswear in recent years.

And Adidas, which has been losing market share in Europe to Nike, must make sure the push into fashion does not distract from a core focus on sports performance, a mistake that cost German rival Puma dear.

To that end, it is also revamping its flagship sportswear stores, seeking to create a stadium-like experience and, like the new Originals store, putting a focus on footwear and creating a multi-media experience for shoppers.

“Footwear is treated as the centre of the brand and the heart of the experience,” Mager said. “The consumer can buy everything, anywhere online. We need to give them a compelling reason to come into the store.”

Thomas Pink Gets Down To Business With New Dress Shirt Range

MrPorter INSIDER TIPS FROM THE WORLD’S MOST STYLISH MEN