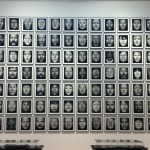 Running from 1 november 2014 – 11 january 2015, Modern Times. Photography in the 20th Century will be the Rijksmuseum’s first ever photography exhibition to showcase the outstanding collection of 20,000 20th century works that it has amassed since deciding in 1994 to extend its photographic holdings beyond the 19th century.

In display of more than 400 images, the exhibition will trace photography’s key developments during the 20th century, including the introduction of color, the growth of the documentary and news photography, and photography as a pure art form.

A wide-ranging overview, it will also explore photography’s role in fashion and advertising, and will feature some amateur works.

The exhibition and its accompanying publication, Modern Times. Photography in the 20th Century, have been made possible thanks to the long-standing sponsorship of Baker & McKenzie.

The Rijksmuseum in Amsterdam is the Netherlands national museum dedicated to arts and history. The Museum’s Philips Wing, newly renovated by Spanish architects Cruz y Ortiz, will open its doors for the first time on 1 November 2014 with the launch of Modern Times. Photography in the 20th Century, the inaugural exhibition, which will occupy all nine of the Wing’s new exhibition rooms.

MrPorter INSIDER TIPS FROM THE WORLD’S MOST STYLISH MEN

Intersections in Gdynia and Copenhagen