On Saturday 7 February HMH will be the host of Dirty Dutch Metamorphosism. With a live set of no less than nine hours, initiator DJ Chuckie will kick off a new decade in the existence of Dirty Dutch. There will also be room for guests with whom Chuckie will spin back-to-back. Chuckie: ‘As Dirty Dutch we have to keep innovating and now is the time to give even more space to those new developments.’ 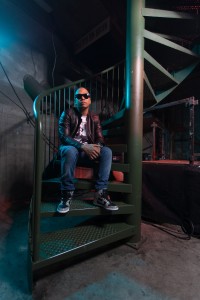 Last year Dirty Dutch celebrated its ten-year anniversary. Since the very first DD in 2004, the brand and the sound have become a worldwide concept in dance. However, Chuckie doesn’t want to just elaborate unthinkingly on that success, but preaches innovation: ‘We’ve always paved the way with new sounds and we want to keep doing so. Dirty Dutch made its name because of the eclectic style. That has to come to the fore again, but in an innovative way,’

Chuckie continues: ‘It’s a pity that nowadays the set times are as fixed as they are. As a DJ you don’t often get the space to respond to the audience, and playing half an hour longer than agreed beforehand, for example, is just out of the question. Moreover, the technology makes it very easy nowadays to stand behind a deck and fake that you’re spinning. At events without content or quality you might as well leave out the DJ in the future, because he has his hands in the air more than on the decks. Every night I’m armed with thousands of tracks on my USB stick. I want to remain a DJ. I refuse to deceive my fans by playing a premixed set. A DJ is supposed to respond to the atmosphere of the evening. That’s also what I expect from the guest DJs. We have no place at Dirty Dutch for DJs who play a premix.’

Elaborating on the new approach of Dirty Dutch, Chuckie reveals further plans: ‘We’re going to open offices in Los Angeles and Miami. From LA we’re going to expand the management, the merchandise and our label with corresponding music studios. From Miami we’re also going to further expand the events in North and South America. The Electric Festival on Aruba is an example of something wonderful we’ve set up there together with a local partner. Other than that, at this moment we’re preparing a series of twenty shows with over 5000 visitors in Las Vegas.’

The Dirty Dutch label is also taken up in the plans for the years to come: ‘We’re going to expand it further, but the criterion is really very simple: good music. People listen to more than one style these days, which is why we release more than just dance on our label. We simply want to make and release good up-tempo club music. A new artist we’ve recently signed up under management is Jasmine V. Her first single That’s Me Right There featuring Kendrick Lemar is doing very well in the charts.’

Ticket sales for Dirty Dutch Metamorphosism will start on 21 November via www.dirty-dutch.com.