When An Artist Allowed Her 4-Year-Old Daughter To Finish Her Drawings, Something Awesome Happened

When an artist allowed her 4-year-old daughter to finish her drawings, something awesome happened

When artist Mica Angela Hendricks got a new sketchbook, she thought it would just be hers, for her own drawings. Her daughter Myla had other plans. When the 4-year-old asked her if she could draw in the book too, Mica told her that she was not allowed.

That’s when Myla came back at her with the most classic parenting line ever: “If you can’t share, we might have to take it away.”

The discussion stopped there and Mica was forced to follow her own rules, handing over the sketchbook.  She had been drawing a woman, finishing up the head at that point.  That’s when her daughter jumped in and drew her body.  The results were unexpected and awesome. 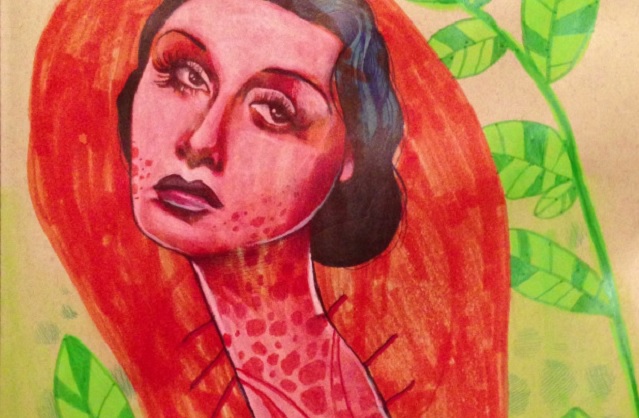 Artists Twice As Likely Not To Have Health Insurance