What Design Can Do to highlight identity, Africa and refugees 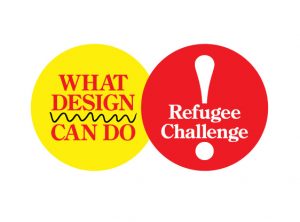 What Design Can Do (WDCD), the conference on the social impact of design, focuses this year on Europe’s identity and sets this against the emerging continent of Africa. This sixth edition of the global design gathering (30 June & 1 July) coincides with the conclusion of the Dutch presidency of the much-aligned European Union. ‘Europe’s struggle with its own identity is typically something that designers can address,’ says WDCD founder Richard van der Laken.

What Design Can Do for Refugees

The event in Amsterdam also includes the announcement of the winners of the first What Design Can Do Refugee Challenge, a design competition aimed at improving the lives of refugees, organized by WDCD with the UNHCR and IKEA Foundation. The five best entries will each receive 10,000 euros to elaborate their proposal. The awards will be presented by Bert Koenders, Minister for Foreign Affairs in the Netherlands. Proposals were submitted until 20 May 2016.

Over the past six years, What Design Can Do has become a global focal point for engaged designers who want to contribute to social innovation. ‘An issue like the refugee problem is simply too big to be left to governments and human rights organizations alone,’ argues Richard van der Laken.

Speakers from all design disciplines will gather in Amsterdam on 30 June and 1 July to share inspiring examples of social design, discuss best practices, and put forward creative solutions. Moreover, the conference features a packed programme of workshops, exhibitions, film screenings and network events.

One spearhead in the 2016 programme is Africa. What Africa Can Do for Europe will feature Nigerian urbanist and architect Kunlé Adeyemi, South African cartoonist Jonathan Shapiro (alias Zapiro), and South African product and furniture designer Porky Hefer.