Nile Rodgers: Still Chic After All These Years 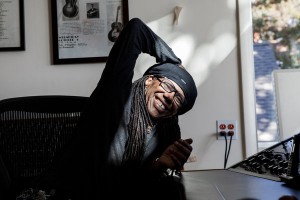 Nile Rodgers isn’t holding his breath about the prospect of being inducted into the Rock and Roll Hall of Fame and Museum this spring.Why should he, after having already been nominated nine times with his group Chic, nine times that left him a bridesmaid, not the bride?“My attitude is that there are plenty of buildings that want to have me. Why would I want to live in a building where they don’t?” said Mr. Rogers, drawing a metaphor from Manhattan real estate, where he learned over the years that he was sometimes too famous or too black to appeal to everyone’s tastes.As it happened, Mr. Rodgers was milling about on a recent afternoon not in his Upper West Side co-op but in his six-bedroom compound in Westport, Conn.

Source: Nile Rodgers: Still Chic After All These Years – The New York Times

Cabaret Crusades: The Secrets of Karbala

THE 2014 CFDA FASHION AWARDS in COLLABORATION with SWAROVSKI