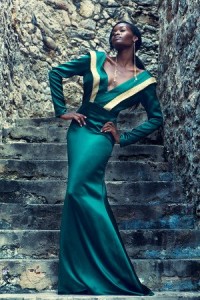 D Unknown met with upcoming Fashion Model, Zahédie Martir. We were curious to kow what fashion meant to her as an upcoming fashion model. “Fashion is not about what you wear, but about how you wear what you’re wearing. Fashion keeps repeating itself”.

How would you describe yourself? “I love to have fun, I love being spontaneous. I guess you can say that I am an adventurer, and someone who love to explore things outside of my comfort zone”. Zahédie describes her motivation behind her modeling career as something she got from her grandmother. “My grandma was the first person I told that I wanted to become a model. She believed in me and told me to pursue my dreams. Though she is not with me anymore, I still try my best to make her proud”.

What has been so far your biggest modeling job and why? “In January 2012 I was able to work with French photographer, Joel Dart Ron. I also worked during the Curacao Fashion Week 2012. These were both amazing experiences”.

As a black female model, do you feel that you have to do more to gain a name in the modeling industry? “No, I don’t feel like that is the case. I believe that working with black models is essential in the industry. My biggest role models are Naomi Campbell, Chanel Iman, Joan Smalls, Aminat Ayinde and Tyra Banks“.

What does ‘Controlled Chaos’ mean to you as a fashion model? “It is a state of mind, or a situation which appears to be completely disorganized and yet you have everything under control”.  Zahédie will be in London in October 2012 visiting various modeling agencies. We wish her all the best with her modeling career. Definitely a name we will remember. We hope to catch up with her again sometime in the near future.

The Stedelijk’s collection in a new light