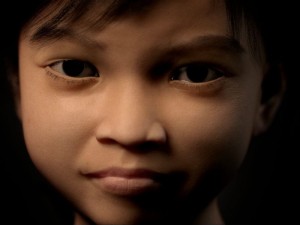 This weekend, the annual Dutch Design Awards were presented in the Klokgebouw in Eindhoven. This year, the design prizes were awarded in six categories. In addition, there were prizes for young talent (Young Designer Award) and for the best client (Best Client Award). Big winner is Lemz: the design studio won with Sweetie in the category Service & Systems, and also carried off the Future Award.

Future Award
Sweetie, developed for Terre des Hommes, fights sex tourism online through an avatar that has the appearance of a young girl. With the Future Award for Lemz, the international jury, chaired by Atzo Nicolai (DSM), rewards a design project with a strong journalistic approach that touches on a relevant theme and raises both legal and ethical questions. According to the jury, Sweetie is not only a convincing example of what design can do for us, but it also questions the role of design.

Nile Rodgers: Still Chic After All These Years