Emmy-nominated Sunna Wehrmeijer, born and raised in the Netherlands, is a Los Angeles-based composer for film and television. Her style is both unique and versatile and has allowed her to move with ease from contributing music to some of the biggest Hollywood blockbuster movies of recent years to helming smaller independent productions requiring a distinctive musical voice. 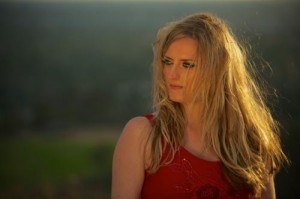 Sunna’s impressive additional music credits already span several Ridley Scott productions including Robin Hood (2010) and the iconic Prometheus (2012). Her music can also be heard in Joe Carnehan’s 2011 box-office hit The Grey and the 2013 drama Parkland. She has collaborated with Moby for his latest album Innocents, doing additional arrangements. She is the featured vocalist in the latest Hunger Games movie, Catching Fire, where her voice is the leading instrument linked to the main character Katniss.

Sunna was offered the ASCAP Foundation David Rose Scholarship in 2009 and was twice awarded scholarships from the Dutch Van Den Ende Foundation. She has also received critical acclaim – most recently in 2012 as a finalist in the Transatlantyk Film Music Competition in Poland and a nomination for the 2013 Jerry Goldsmith Awards.

Prices That Fly Under The Headlines