LOS ANGELES, March 14, 2014 Due to the overwhelming demand and in answer to the request of thousands of fans, the Backstreet Boys have extended their In A World Like This U.S. tour to reach additional cities and return to those markets that sold out so quickly in 2013. With last summer’s crowds as big as 16,000 per night, the In A World Like This U.S. tour became the group’s biggest tour in over 10 years, proving that Backstreet is truly back. Tickets for the Live Nation promoted tour go on sale starting  Friday, March 21. 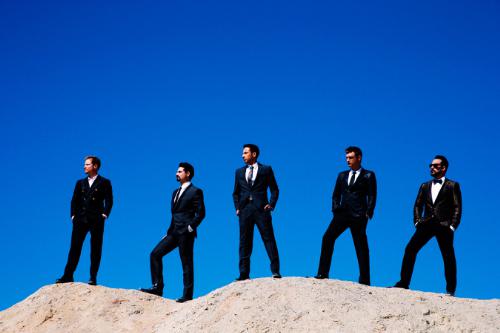 Citi is the official credit card for the Backstreet Boys In A World Like This tour. Citi card members will have access to presale tickets through its Citi Private Pass program beginning Tuesday, March 18 at 10:00 a.m. local time through Thursday, March 20 at 10:00 p.m. local time. Visit www.citiprivatepass.com for details.

“This has been an amazing year!” says Nick Carter. “So much has happened and it just keeps on going. It’s amazing for all five of us to see and feel this kind of response! How can we not come back and show our incredible fans this show?!”

Currently on a sold-out world tour in support of their new album In A World Like This and celebrating 20 years of record-breaking hits, BSB’s extended tour will return to North America on Saturday, May 3, in Moncton, New Brunswick at the Moncton Coliseum, with shows scheduled in Los Angeles, Chicago, Houston, Vancouver, Seattle and Las Vegas. BSB are happy to be joined by Avril Lavigne on all U.S. tour dates, which you can find below.

“We really wanted to put together a great show and do our best to give everyone their money’s worth,” says Brian Littrell. “Avril is an unbelievably talented artist who’s a perfect fit to make these shows extra special for our fans.”

It’s been an exciting year of honors and accolades for AJ, Brian, Howie, Kevin and Nick. In A World Like This debuted in the Top 5, the group received a star on the legendary Hollywood Walk of Fame, performed for the President of the United States and made an unforgettable appearance in the Seth Rogen hit film This Is The End, which earned the guys a “Best Musical Moment” award nomination at this year’s MTV Movie Awards (April 13).

“Being a part of This Is The End has been amazing from start to finish!” says AJ McLean. “Seth, James and everyone else in this crew are beyond talented and we were extremely lucky to be a part of this film.”

In A World Like This Tour Dates
All dates, cities and venues below subject to change.
* – with special guest Avril Lavigne

2014 will end with another amazing Backstreet Boys Cruise! Visit http://www.backstreetboyscruise.com for more details!