RÜFÜS, SUUNS, Jessy Lanza, CUT_ and many others will perform at new, two-day showcase festival for electronic live-acts at Melkweg, Paradiso and Sugarfactory. 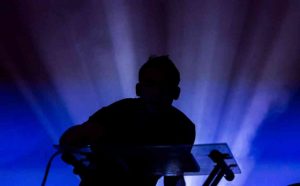 After the first glimpse of this year’s festival program and the recent announcements on this year’s speaker line-up we now turn our focus to the latest addition to ADE’s already extensive program.

Adventurous and just plain curious music lovers can see the very best new electronic live-acts at ADE LIVE! Live music has assumed a prominent role in the dance scene in recent times, and every year we see more and more electronic live-acts performing at ADE. To further stimulate this phenomenon, ADE is to provide a stage for rising young talent at the legendary venues Melkweg, Paradiso and Sugarfactory on the Thursday and Friday evenings of ADE.

For artists, it represents a real possibility of making a name for themselves with the public, bookers, agents and programmers as well as the many other music industry professionals attending ADE. Artists confirmed to play at the first edition of ADE LIVE are; RÜFÜS, SUUNS, Blanck Mass, Louis Mattrs, CUT_, Pitto live, ZES, Jessy Lanza, Salute, River Tiber, Vuurwerk, Sofie Winterson and Polynation.

The Slipper Reinvented: A Slipper That Looks Like A Sneaker And Can Be Worn Anywhere

At MyBeautyCompare Beauty Is Personalized. It Is The World’s First Personalized Beauty e-Commerce Platform